EXCITING NEWS FOR THE DIVING MUSEUM 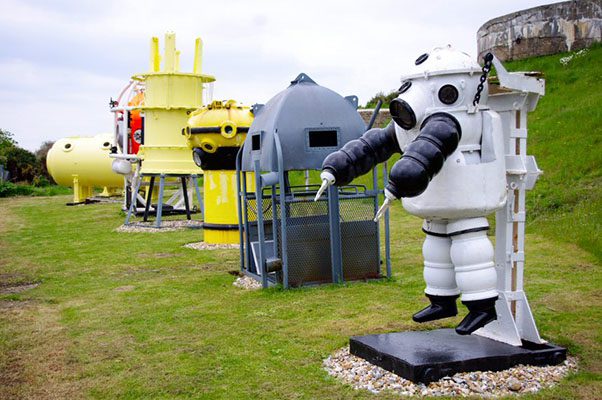 The Historical Diving Society has received initial support from The National Lottery Heritage Fund for the redevelopment of the Diving Museum, it was announced today.

Made possible by National Lottery players, the project aims to work collaboratively with the local community to create an accessible and engaging exhibition and learning programme and also to carry out essential planning for the conservation and management of the building and the operation of the museum. This award will help the Historical Diving Society progress their plans to apply for a full National Lottery grant at a later date.

Since 2011, the museum has been housed in the Grade II* No2 Battery, a unique locally historically significant building located on Stokes Bay, Gosport. Built in 1861 as part of Lord Palmerston’s defences of Portsmouth Harbour; it is the only one of the five original gun batteries which is accessible to the public. In the 1930’s, the MOD handed the building to Gosport Borough Council who adapted it for use as their nuclear bunker during the Cold War.

Kevin Casey, Museum Director and Vice Chair of the Historical Diving Society said: “We’re delighted that we’ve received this support. This project is a huge step forward for the museum, it will enable us to apply for Round 2 funding which will support our plans to make the story of diving accessible and enjoyable for everyone. We would like to express our thanks to National Lottery players for making this possible.”