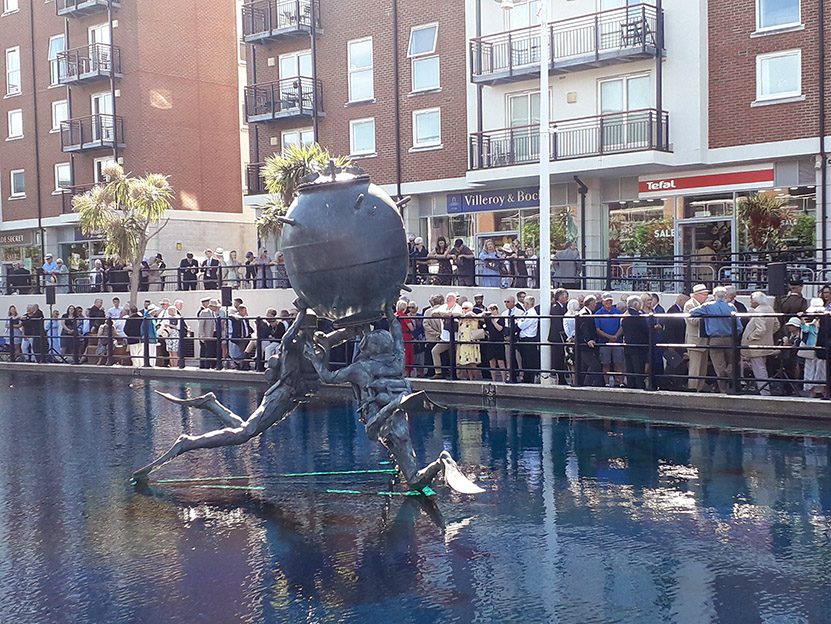 On 15th July, under a cloudless blue sky, a ceremony was held at Gunwharf Quays in Portsmouth to dedicate the Vernon Monument. Gunwharf Quays occupies the former location of HMS Vernon, the home of clearance diving for almost 75 years.

The monument, a life-size sculpture of two Navy frogmen attending a British Mk17 moored mine, was made by Mark Richard FRSS and was installed in March 2020 but due to the Covid lockdown, it has not been able to hold the dedication ceremony until this year.

The ceremony was presided over by Rear Admiral ‘Paddy’ McAlpine CBE (RN Retd), who was the current highest ranking former Clearance Diving Officer and the service was conducted by the Rev. Ralph Barber.

After the ceremony a reception was held in the Old Customs House. The glorious weather capping off a perfect ending to a splendid day. 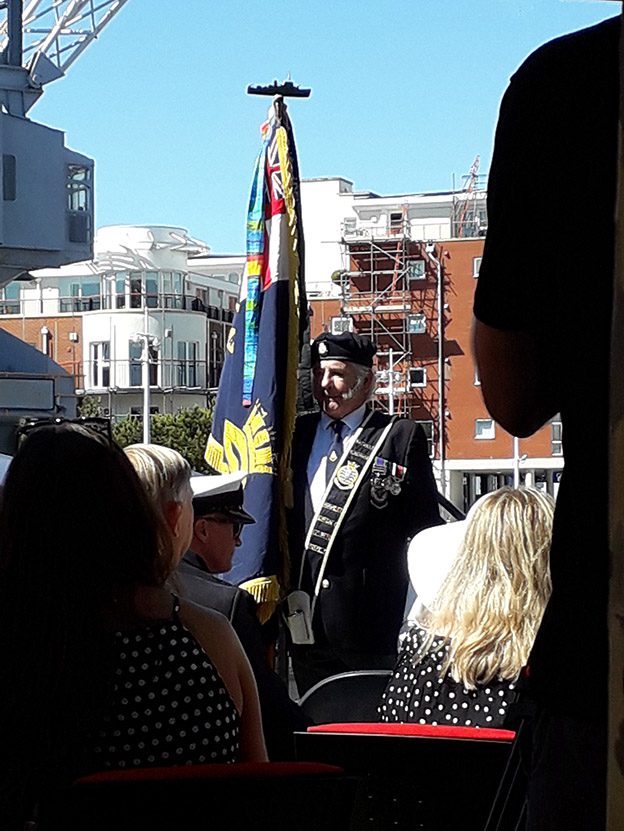 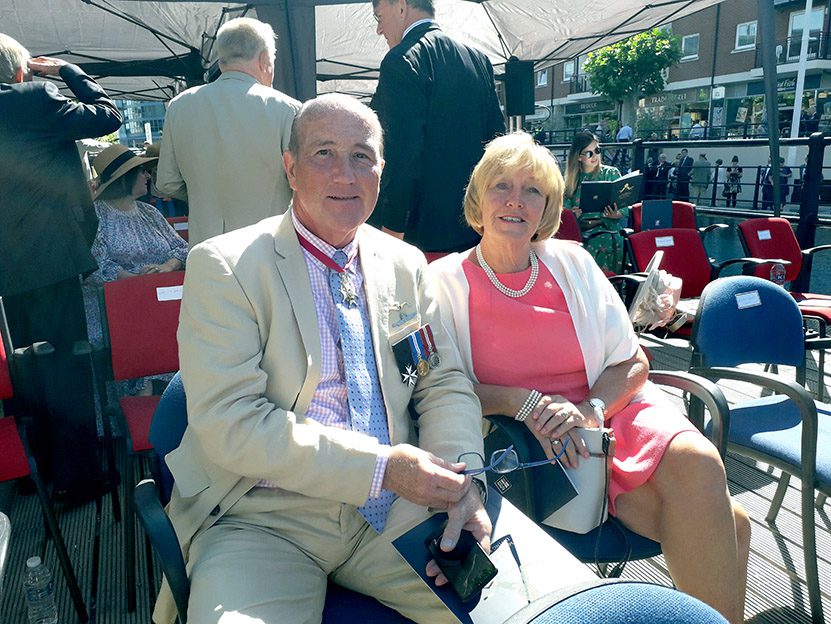 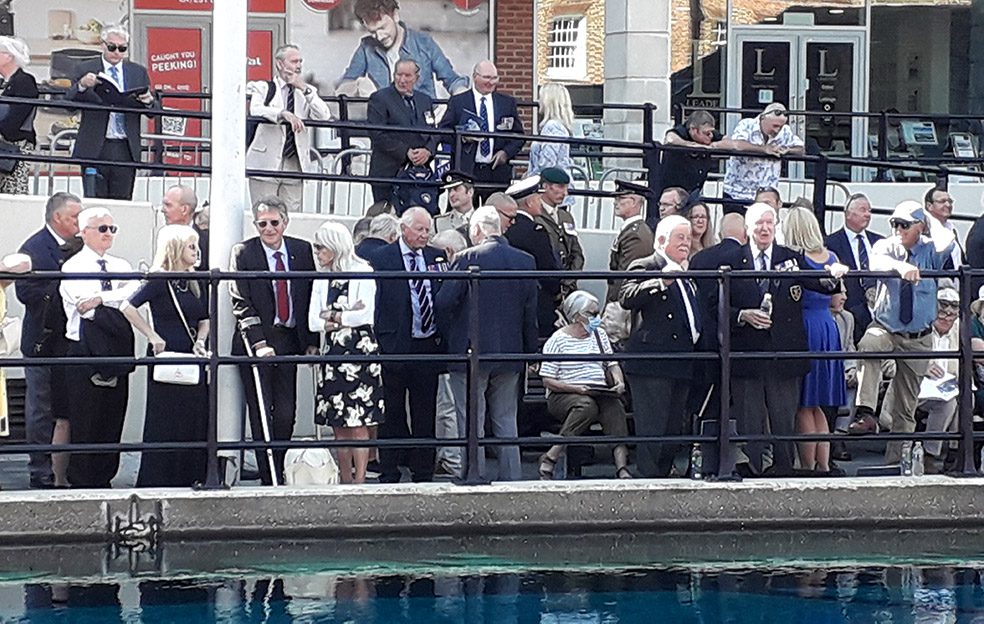 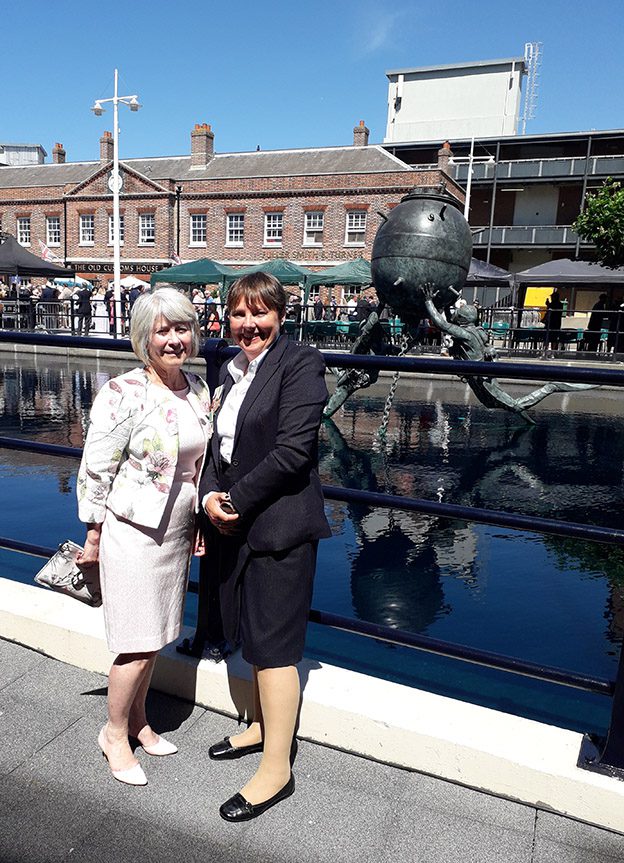