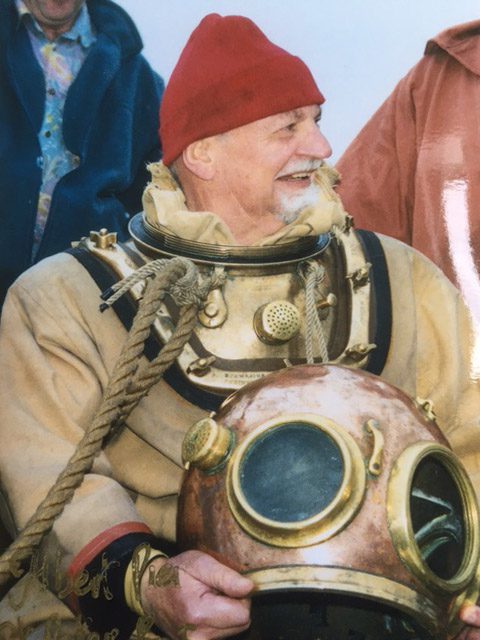 It is with enormous sadness that we announce the death of Reg Vallintine who died on Saturday 25 June.

Reg was an Honorary Vice President and founder member of the Society with a personal history of outstanding achievements in the early days of sport diving in Britain. After qualifying as a ‘Manfish’ with Trevor Hampton in 1955, he joined the British Sub Aqua Club and by 1969 he became the Club’s first full time Director. He counted among his many friends and acquaintances, legends of the diving world including Hans and Lotte Hass, Jacques Cousteau, Ley Kenyon, and Sylvia Earle.

As an instructor he travelled the world and set up diving schools, most notably in Giglio, Zembra and later, The London Underwater Centre. He led diving expeditions from the Red Sea to the Caribbean, the Hebrides to the Turks and Caicos and beyond.

In 1994 he presented the Reg Vallintine Award to the Society and personally presented it to it’s first recipient, Hans Hass. The award was to recognise diving achievements in expeditions, research or publications – three of his personal passions.

His interest in diving literature resulted in his establishing an enviable private library – many of the books were his own! His first book, Divers and Diving was published in 1981 and his last, his autobiography Deep into the Blue, was published in 2007.

Pioneer, diver, historian, author and colleague, his loss will be keenly felt by all of us at the HDS.