No Room for Error – The Thai Cave Rescue 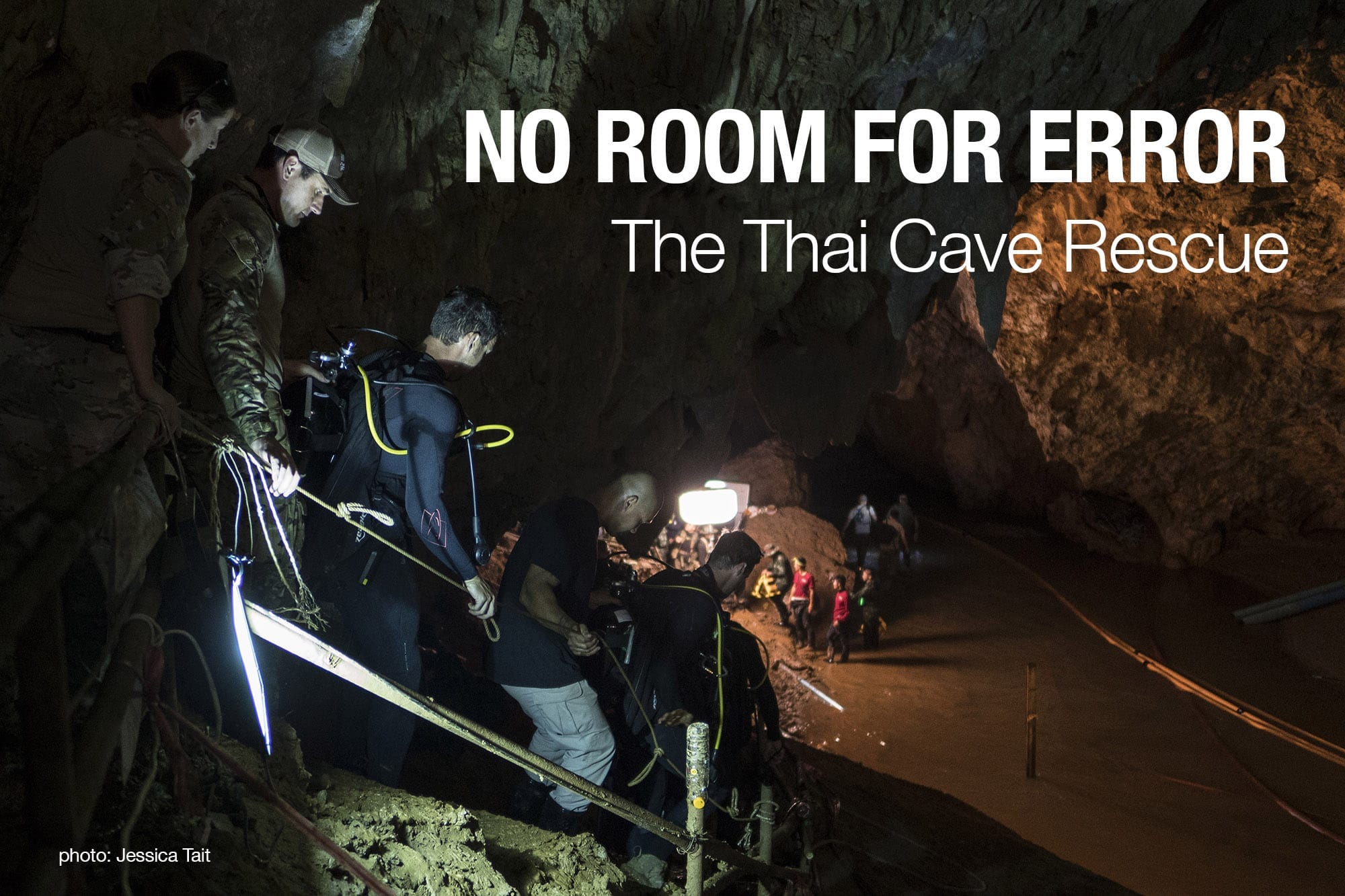 “How many are you?”
“Thirteen”

The now famous exchange when two British cave divers surfaced into the chamber where 12 boys and their football coach had been entombed for 9 days after rising water levels trapped them inside the Tham Luang Cave in Northern Thailand.

All 13 young men were successfully rescued but tragically, two men lost their lives: one during the rescue attempt and another 19 months later due to a lung infection contracted during the rescue. To undertake a rescue under such dangerous conditions takes courage, meticulous planning, care and organisation.

Connor Roe, our speaker, was one of the team of British cave divers who went to Thailand to participate in the rescue. His first hand account of the rescue mission gives a privileged insight into the conditions the rescuers had to work in under increasingly shortening time constraints. There was ‘No room for error’.

This is the second time Connor will be giving his talk at the Museum. The first occasion, last year, sold out early and he has kindly agreed to return and deliver his talk again.

The museum can accommodate only 60 people. If you do not want to miss out on his talk this year, please book early.