The spark that ignited the Society came from an amateur diver, Nick Baker, who spotted an item on the last RN use of standard dress equipment at Portsmouth Naval Base in 1989. He wrote a letter to Diver magazine suggesting that it was time to start an organisation that would preserve our diving history.

He only got two replies, but they were significant players, with a very large range of contacts in commercial, amateur, military, scientific, archaeological and other areas of diving.

An inaugural meeting was held in the Board Room at Siebe Gorman in Cwmbran, where Nick Baker was working.

The Society grew rapidly in size and scope with new Societies being founded in America, Europe and Australasia. In 2011 a museum was established which had achieved national accreditation status eight years later.

A strong programme of events and a growing membership ensures a solid base for an exciting future for the Society. 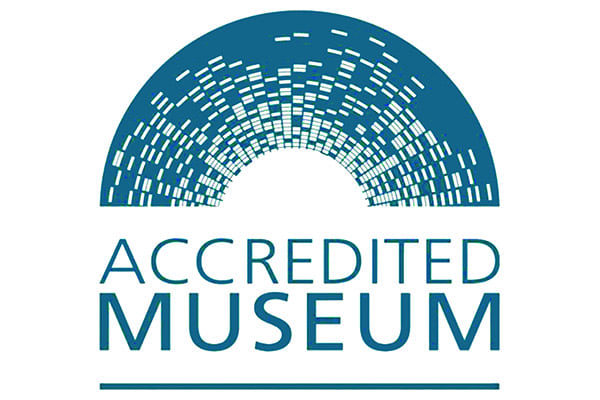 The Diving Museum achieves accreditation status which puts it on a firm footing for a sustainable future. 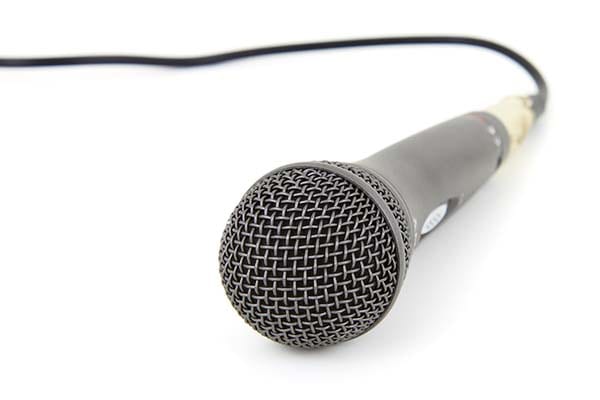 An oral history programme is inaugurated. 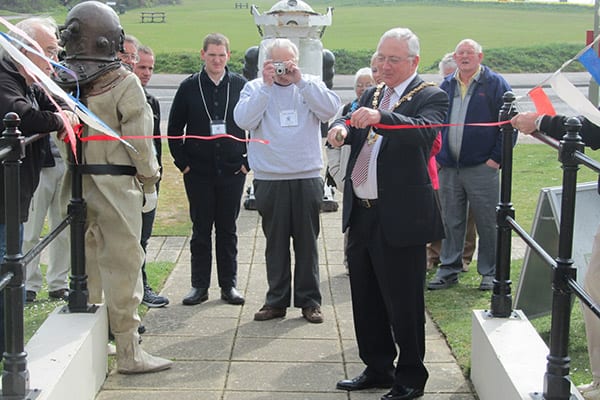 Diving Museum officially opens to the public in No. 2 Battery, Gosport, UK. It is the only museum in the UK that is dedicated solely to diving. Chris Carter, the Mayor of Gosport cuts the ribbon. 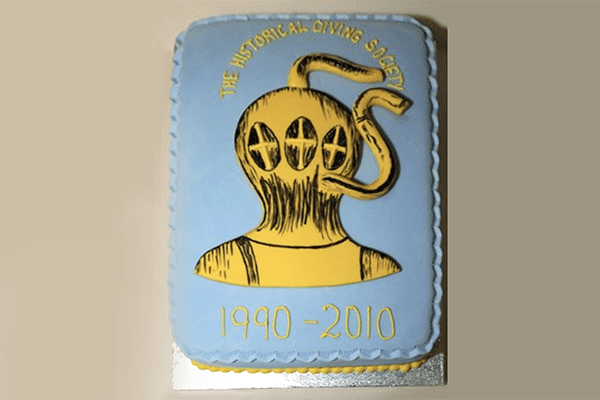 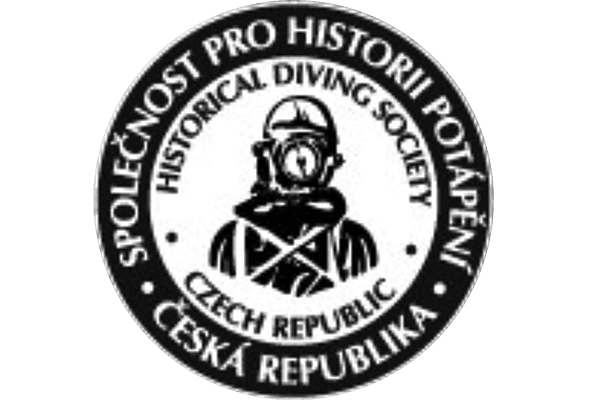 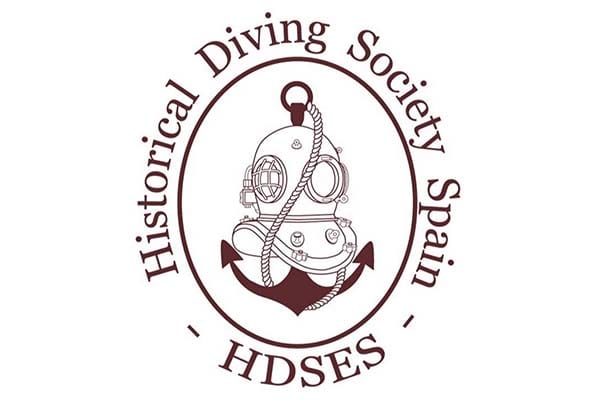 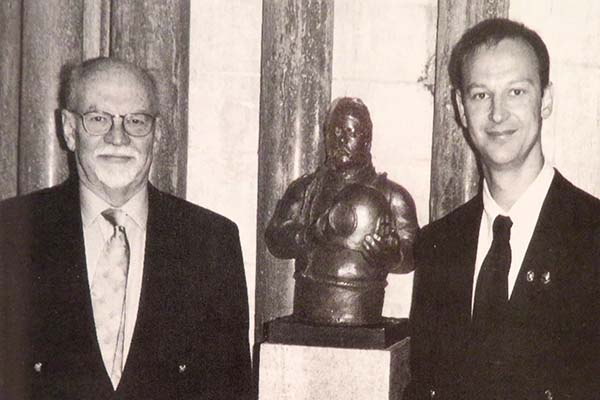 The William Walker bust is unveiled at Winchester Cathedral 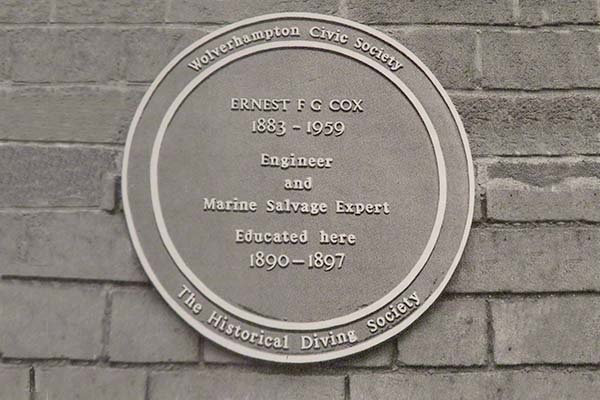 Two commemorative plaques are commissioned by the HDS: 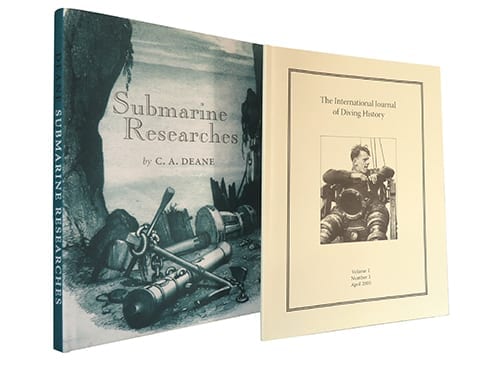 The Society publishes the International Journal of Diving History. It is the world’s first journal on the subject of diving. 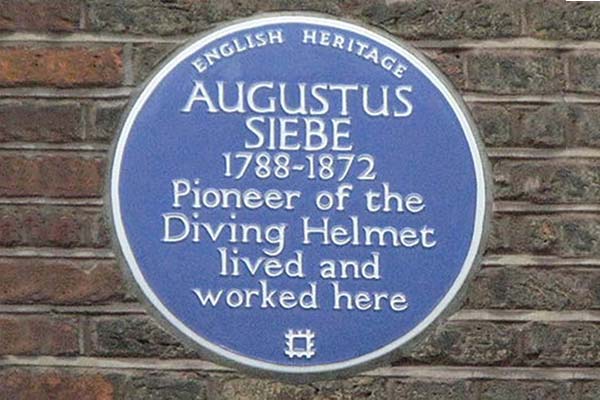 The Society’s first monograph is published in collaboration with the National Maritime Museum: A Demonstration of the Diving Engine, by Jacob Rowe

Frank Oschman Award is inaugurated. The first recipients are Peter and Cheryl Wingett. 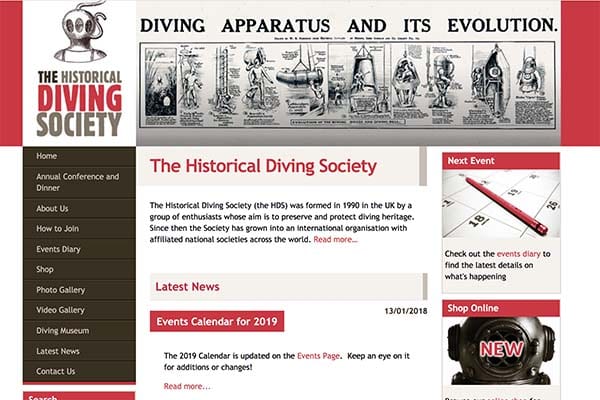 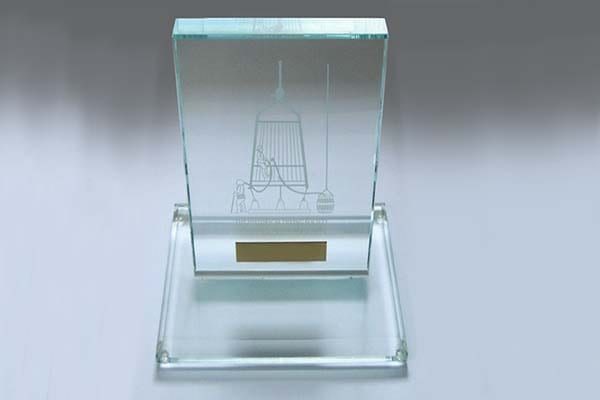 Dr. Art Bachrach Award inaugurated. The first recipient is Daniel David of France, for his articles on Lemaire D’Augerville, Dr.Guillemet and Georges Commeinhes which appeared in the Historical Diving Times. 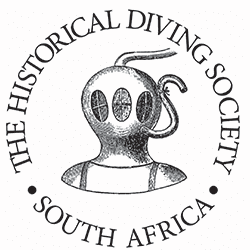 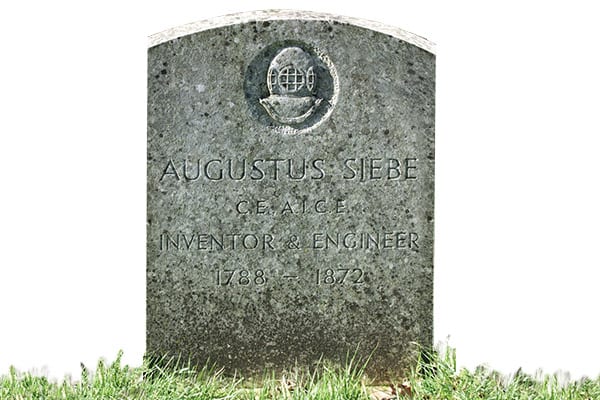 The Society reinstates a headstone on the grave of Augustus Siebe at West Norwood Cemetery. 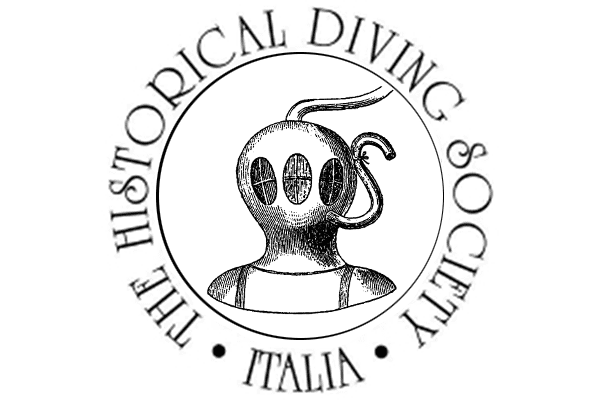 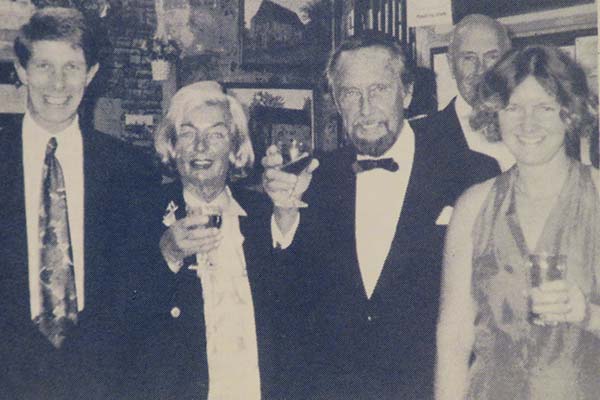 Hans Hass and Lotte Hass are guests of honour at the Annual Conference.

Reg Vallintine Award is awarded for the first time, to Professor Hans Hass. 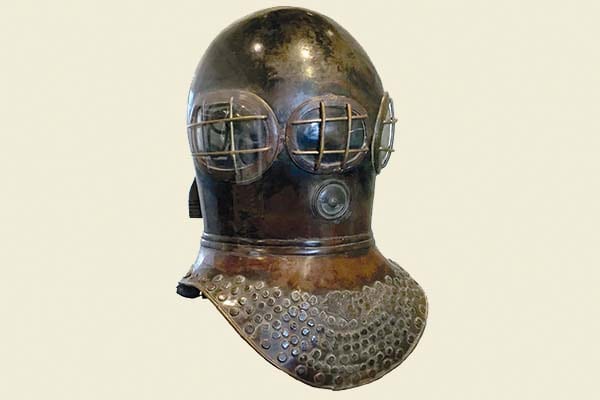 The Society displays the Deane helmet at Dive 93, at the NEC, Birmingham, October 16-17th 1993. It is the first time the helmet has been on public display. 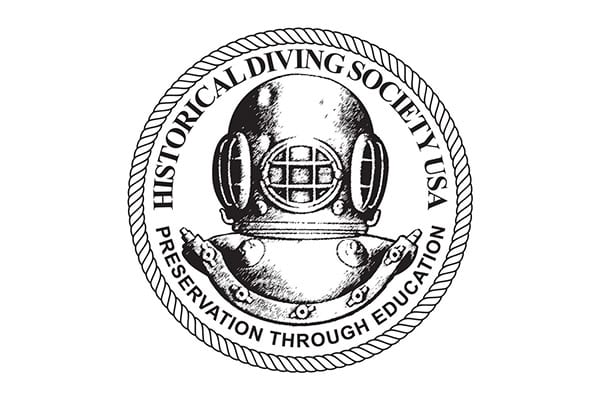 Leslie Leaney is appointed tact as US Secretary to encourage and develop American diving history activities. This leads to the founding of the HDSUSA in the same year.

The Society creates its own award, the Historical Diving Society Award, for the person who does the most to further the aims of the Society. The first recipient is Leslie Leaney who is awarded the trophy at the Annual Dinner in Charlestown. 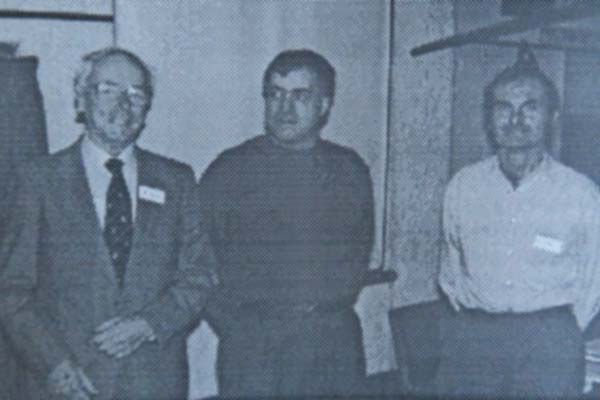 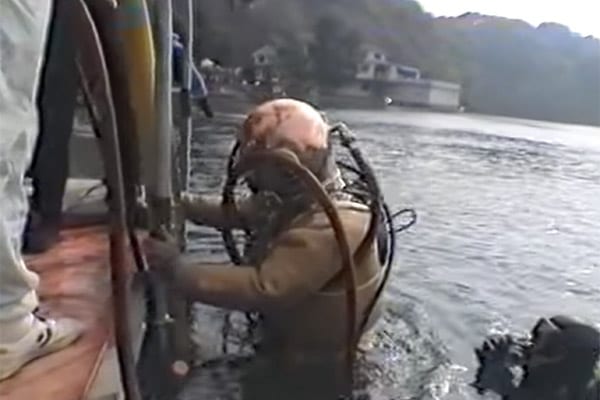 The first Working Equipment Group Rally takes place at Stoney Cove. On display were four Siebe Gorman helmets, RN surface demand systems, a LAMA (Reefwatch) system and various other classic items of self-contained equipment.  A ‘come and try’ facility was not available however. 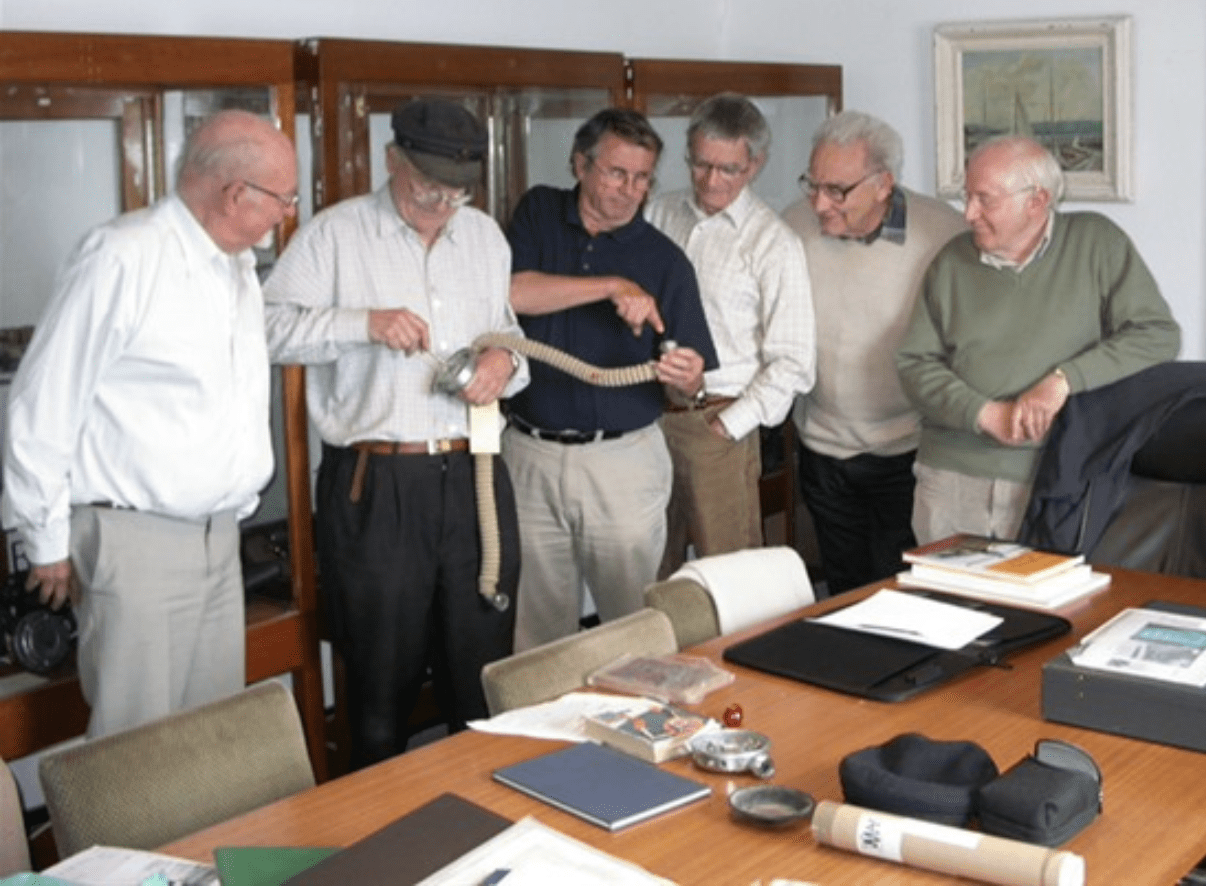 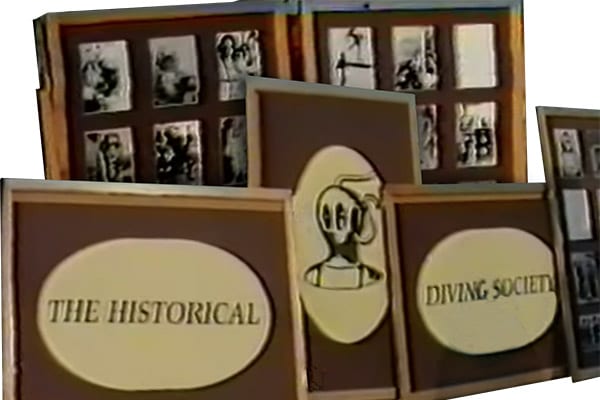 The Historical Diving Society holds its first exhibition at CPEX91 at Crystal Palace. 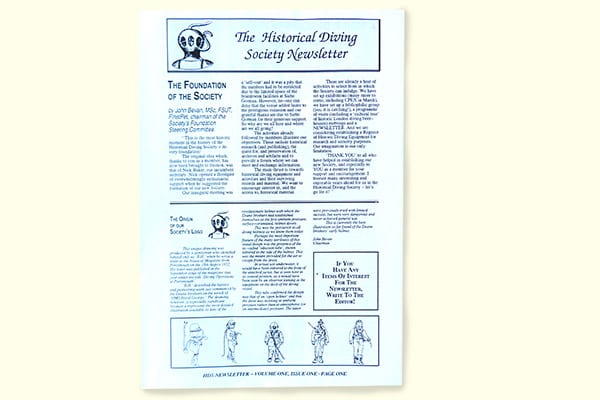 First issue of ‘The Historical Diving Society’s Newsletter’ is published.  A four-page black and white photocopy. It was edited by Mick Greenhough. 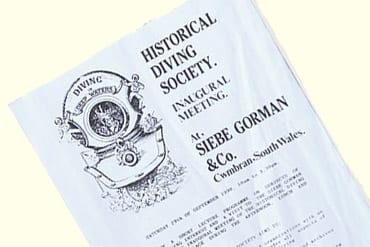 Inaugural meeting of the Society was held in the Board Room of Siebe Gorman & Co, Cwmbran, South Wales. Due to the size of the room, only 35 people could attend. John Bevan was appointed Chairman. The Vice-Chairman was Reg Vallintine. Nick Baker took the role of Secretary and his wife Lindsay, was appointed Treasurer.

A programme of proposed exhibitions, specialist interest groups, events and publications is put in motion.

A logo is chosen – a drawing by ‘B.H.’ of the Deane brother’s diving helmet – the precursor to all diving helmets. 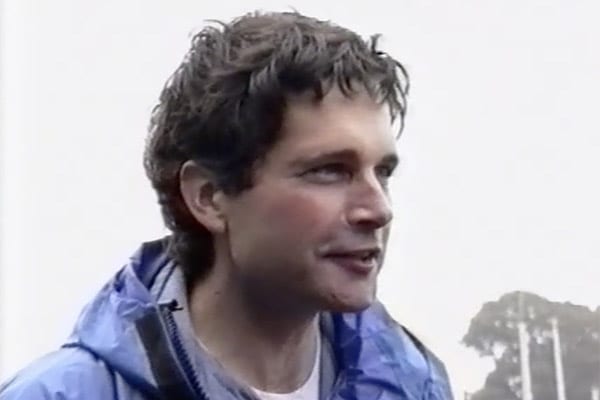 Nick Baker, the collections manager at the Siebe Gorman works in Cwmbran, proposes the formation of a Society to preserve and promote our diving heritage.